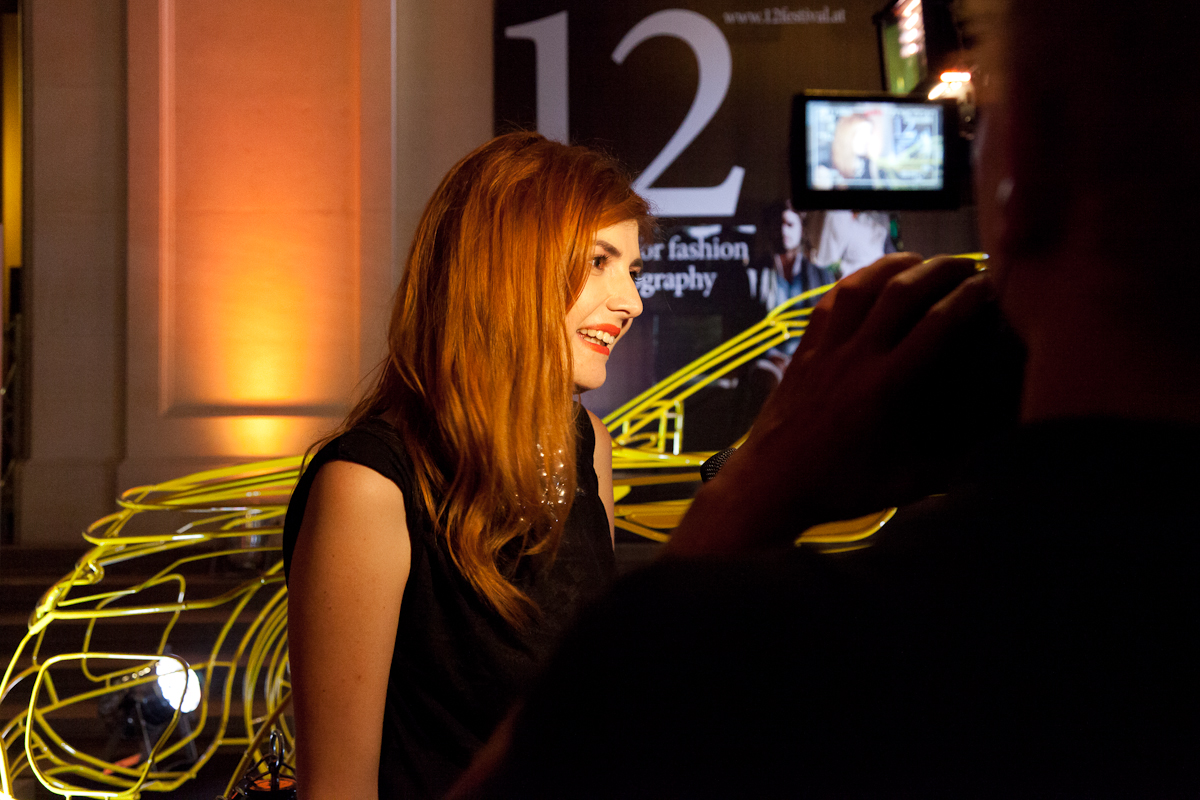 Tina Elisabeth Reiter, born and raised in Austria, is an aesthete predominantly focusing on contemporary fashion design. She is currently located in Lower Austria by way of London, Vienna, Munich and Berlin.

Her talent was initially noticed at London Graduate Fashion Week where she showed her diploma collection in Fashion Design completed at Munich’s AMD Akademie Mode & Design.

Following several invitations to join selected master’s degree courses in the United Kingdom, Tina chose the Fashion Design Technology Menswear class at the renowned London College of Fashion. She was awarded a prestigious Harold Tillman Scholarship. Tina completed her master’s degree at the top of her class, honoured with the “Collection of the Year: Menswear” award.

Back in Austria Tina’s work has been recognised with the established BM:UKK Fashion Award, as well as a fashion-specific STARTscholarship sponsored by the Austrian Federal Ministry for Education, Arts and Culture.

Tina’s aesthetics are a quirky modern take on nomadic menswear; an innovative spin on clothing traditions, heritage, and classic wardrobe staples. Outfitting for today’s global citizens of the world, her eclectic designs are characterised by a strong conceptual foundation with meticulous execution.

After working with Germany’s on-trend and upcoming menswear label SOPOPULAR and assisting at UMASAN, the world’s first vegan high fashion brand, Tina is now focused on her own visions. The aesthete did establish artistic collaborations and developed fashion-oriented projects all over Europe.

Tina ist currently taking a break from fashion as she is training in the field of holistic nutrition and yoga.